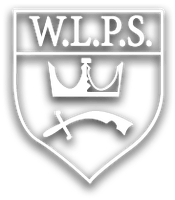 This page will keep you up to date with all of the sporting events at Woodham Ley. Scroll through to find the reports about your favourite sport.

Football team (girls and boys) - 2nd place in the league

Huge congratulations to our boys' and girls' teams for their success at the recent BATIC Football Tournament. There were 27 schools that took part in each of the tournaments and I am pleased to announce that both the boys and the girls came second in both tournaments.

The children came into school the following day proudly wearing their medals and felt very proud of themselves. The season for both of the teams looks very promising.

This morning we held our first house team competition of the academic year.  In the sparkling winter sunshine, years 3, 4, 5 and 6 competed around a course on the playground and field.  Everyone took part in this very enjoyable competition organised by the House Captains.  Please have a look at the pictures below.  Individual and team results will be announced in celebration assembly on Friday.

On Tuesday 26th April, we took part in a Netball Tournament at The Deanes School. We played eight schools from the local community. We did exceptionally well even though we are a small school. Our team put in a lot of team spirit as most of the games were incredibly hard. Unfortunately, we did not win, but on the other hand we drew some games and worked well as a team.

On April 18th The Woodham Ley Football Team played an outstanding match against Kingston School.  Woodham Ley won 2-1 and it was a very good game. Robbie & Ellis got the goals and they deserved it.Every one played really well (Zakk with a shoulder injury!) and kept their shoes tied up except for Mason and Lennon! Man of the Match went to Ellis. (The team was Byron, Zakk, Ellis, Robbie, Harrison,Mason, Lennon Kieren and Billy)

On March 16th The Woodham Ley Football Team played an outstanding match against Montgomerie School. The final score was 3-0 to us. Three of our debut players scored our goals and Zakk made some brilliant saves to keep us with a clean sheet. Rhianna got us a 1-0 lead in the first

minute. Jay scored our second and almost got a double with the ball just going over the crossbar and Lennon scored our final goal. Overall the whole team played well. The Man of the Match was Jay (the Team; Zakk Byron, Josh, Callum, and playing in their Debut Match; Lennon, Rhianna, Finlay, Harvey, Jay, James)

On Tuesday, 2nd December after School the Netball Team played in a match against Wyburns Primary School. The whole game was quick paced and high energy. In the first quarter it was 0-0 and we realised that they were a really good team. In the second quarter I scored 2 goals. Goals were also scored by Millie, Freya and Billy. At the end of the game it was 5-1 to us. There were red faces all around but everyone enjoyed it and had lots of fun. A special mention to Georgia and Shola who came to support us.

The Netball Team were also the first to use our New ROBUS Minibus for their match.

Well done to all the classes that took part in the Castle Point Santa Run competition. As a school we ran over 400 miles and across the whole partnership we ran to the North Pole and back 4 times!

Massive well done to our cheerleading team. The girls went to Deanes and competed in a strong field of teams. I am proud to inform you that our team came in second place!

Congratulations to all of the boys who took part and won the boys' football tournament this morning. We managed to win 3 games and drew one which meant that we topped the group. We will now move on to the county final!

A huge well done to our gymnastics team! We came 2nd in the Castle Point qualifier which meant we went through to the Essex Finals. The team were absolutely amazing, so good in fact that they were crowned Essex Champions!

We then went (for the first time) to the Regional Finals. In the whole of the East of England Woodham Ley came in Silver!

A massive congratulations to the gymnastics Team.

Well done to all the children in Key Stage 2 who attended the ROBUS Cross Country competition at Thundersley Primary School.  All four ROBUS schools attended, Montgomerie, Kingston, Thundersley and ourselves.  It was perfect conditions for cross country running, windy, raining and cold!  Despite this, all children competed with excellent attitude and determination.

Special mentions go to Joe in Year 3 and Mason in Y6 who won their individual races.  Also, Grace in Y4 and Robbie in Year 6 who came 3rd.

This was a thoroughly enjoyable event, thank you to Mr Yorston and his team at Thundersley for organising it.

This year, we held our Sports Day at the Sporting Village in Basildon.  The children had a fantastic day with opportunities to take part in a range of track and field events.  Traditional races were held in the afternoon, with the children experiencing racing on a full size athletics track.  To see the images that really capture the day, please visit the news and events gallery page.

On Thursday, 28th April, the first group of year six children took park in the new lunchtime bike club.  During the session, the children worked with Mr Broad from the charity "Sustran" on a range of bike skills.  The hardest part for the children was learning to control the bike when travelling slowly!!  Mr Broad organised a range of activities to teach essential bike skills, in preparation for a ride around the local area in the coming weeks.

We are very Pleased to announce that the school has recently been awarded the Gold award. This is a fantastic achievement and shows that we are committed to developing and improving sport and competition in our School.

Dance Festival at the Palace Theatre

On Tuesday the 26th January, Mrs Hopkins took some of the girls from Key Stage 2 to take part in a Dance Festival at the Palace Theatre in Westcliff. There were approximately 15 other schools there all performing their dances. We performed a dance to Ashton Merrygold’s new song, ‘Get Stupid’. After a few technical issues we were off and ready. We did a lot of practising to get the finished product and we all thought that it was a masterpiece and could be the next top thing. We were all very nervous but happy about the routine. We also showed the dance to the school on Friday, who thought it was brilliant! Our thanks to Mrs Hopkins for helping us perfect the dance routines.